Company news and tech demos are just two examples of things we often see surface first on Twitter. Typically, these appear not because a company has posted them to the social network, but journalists and third-party developers in a bid to beat the herd.

An example of this happened last week when Apple sent out the invitations for its annual iPhone conference. Due to take place on 12 September at the new Steve Jobs theater, the event is of huge importance to investors as it is where Apple will confirm the launch date for the iPhone 8. In fact, it’s reported that Apple is planning to unveil 3 new phones at the event, with the others being the iPhone 7 and 7 Plus.

One of the first to break the news on Twitter was tech news site TechCrunch, who made their followers aware via the below Tweet. They’d also previously predicted that the event would fall on this date.

The Tweet appears in red as EarlyBird detected and displayed it has a ‘Hot Tweet’ in users’ Twitter timelines. You can learn more about Hot Tweets HERE, but essentially, using some clever AI that looks at content and retweet velocity, EarlyBird can determine within moments whether a Tweet will go viral and paints them in this noticeable red hue so they can’t be missed.

Here’s a graph that shows what Apple stock did on the day the event was announced. As you can clearly see, it rallied:

Another Apple-related Tweet, but this one comes in the form of a tech demo for an impressive looking AR-powered iPhone app.

MagicMovieCamera uses Apple’s ARKit tech for recording Matrix-style timestop videos on iPhones, and last week, the company behind the app, Ataru Tou, posted a series of short videos of it in action to Twitter.

With Apple and Google currently battling it out for AR dominance in the smartphone market, it’s Tweets like these that could really help to strengthen Apple’s position and sway more consumers towards its future phone. 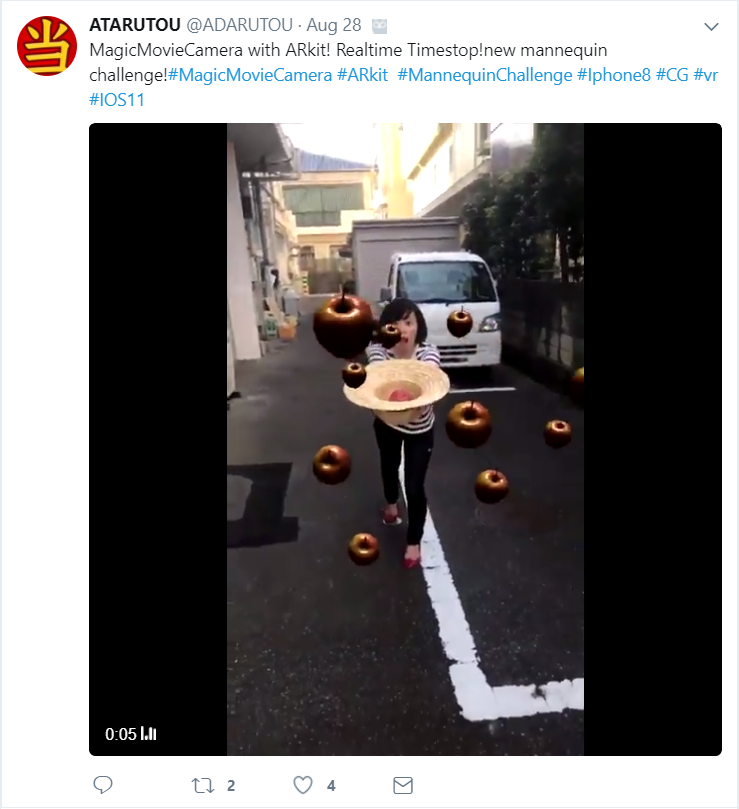